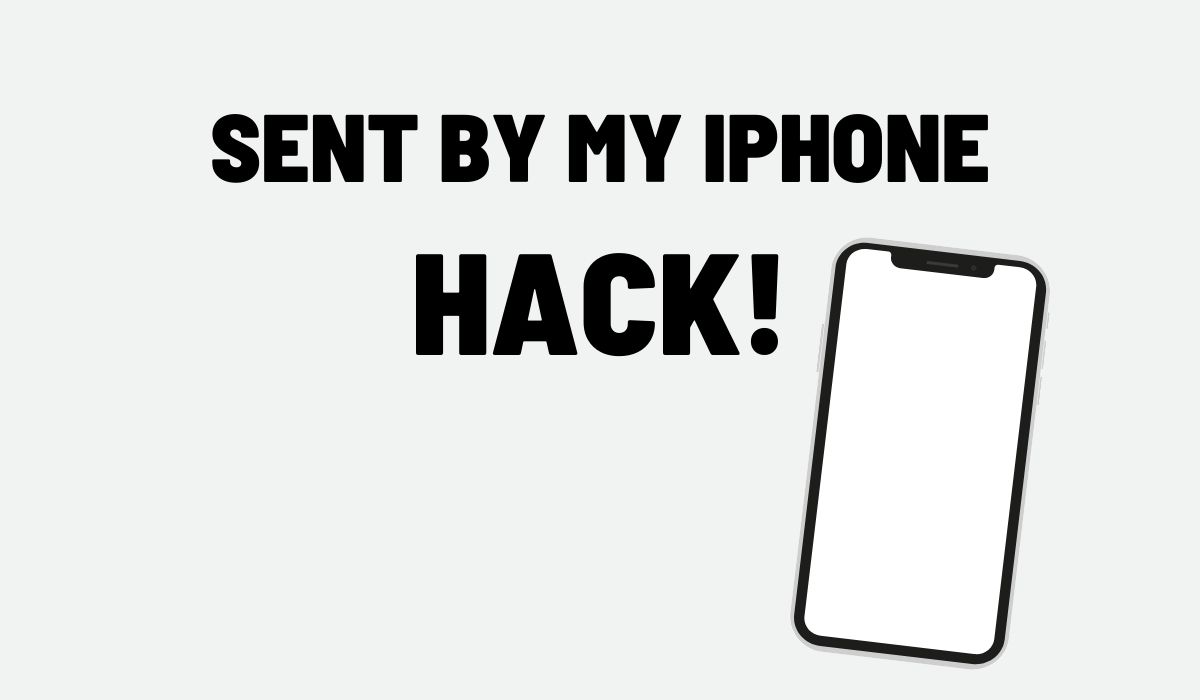 This hack is an oldie and I’ve seen it mentioned a few other times online.

I used it all the time and frankly, it’s one of my favorite growth hacks. It works especially well with cold outreach emails.

Here it is: simply write “Sent from my iPhone” just above your signature when either sending out bulk email or, even better, in your follow-up (automated) second and third emails.

Why is this effective?

It creates a more intimate sense of personalization.

It makes the recipient feel that you sent the email whilst in transit; if gives the impression you were sat on a train or waiting at a bus stop and you’ve fired off the email.

It’s a small detail but as they say, God is in the detail.

It’s worth saying that Hotmail, the extremely popular email service which is now owned by Microsoft, owed some its growth to this very hack albeit deployed with different messaging.

The team at Hotmail (when it launched back in 1996) added the following sentences to each email signature sent by a Hotmail user: “This email was sent with Hotmail, Join Hotmail now” and “Get your free email at Hotmail”.

These messages were seen by every email recipient, and the founders Sabeer Bhatia and Jack Smith were able to vastly scale the onboarding of their service. Hotmail has subsequently grown to over 380 million users today!

By the way, here’s another fact about Hotmail: the letters “HTML” appear in the word (or brand) and the founders liked that fact, hence the name “Hotmail”.

Turning again to my dear friend Phantombuster, or, you can use a dedicated Chrome AddOn which will do the same thing. The benefit of using Phantombuster for this hack is that you can automate it...

Use Google Search Console for two easy hacks to grow your traffic. The first hack is to determine your top referrers, then double down on syncing up that traffic that comes from that...