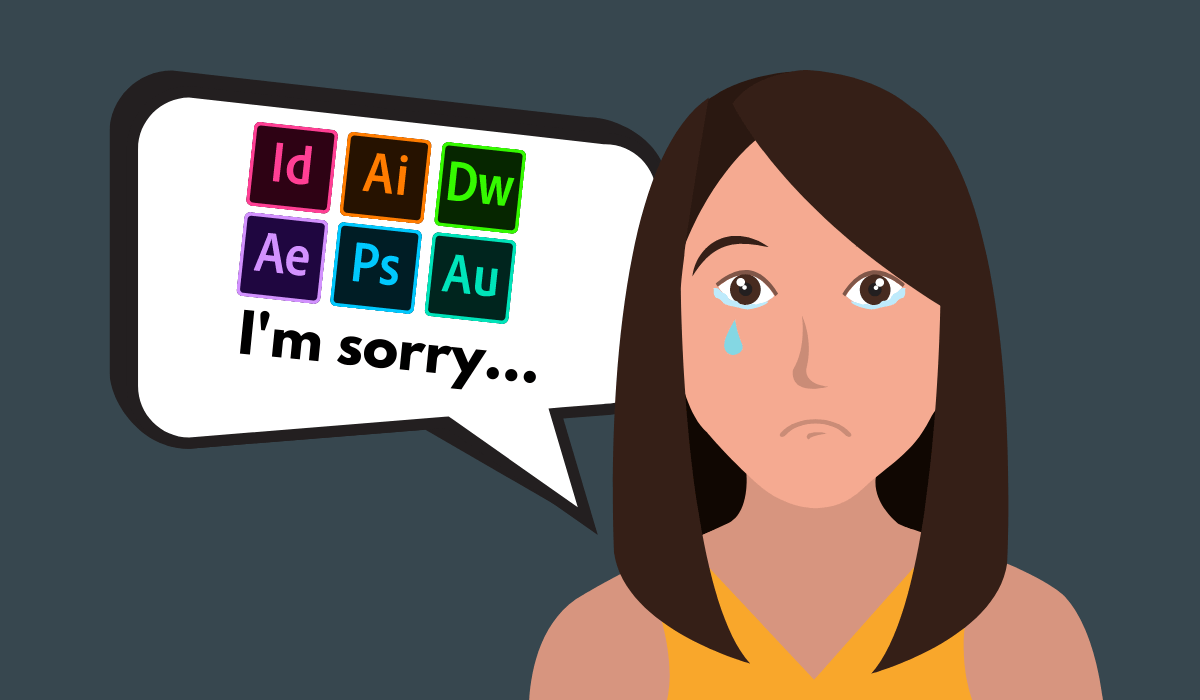 In this post, I take a look at a bunch of Adobe Alternatives. For years I used to use Photoshop, Dreamweaver and I was hooked to Adobe Fireworks (RIP), but a lot has changed since then!

The market has changed enormously over the last few years.

What you can do for free today would have cost you a lot in license fees only a few years ago. That’s the truth of the matter.

Personally, I’ve said goodbye to the Adobe Creative Suite, or “Creative Cloud” as I think it is now known. Why? Because I just don’t need it and everything I do I can do with Canva – and some other tools.

Spoiler: Canva does (almost) EVERYTHING for free!

In this post I’ll list out free alternatives to the following Adobe Products (from their Adobe Creative Cloud series).

We’ve all very likely used Photoshop at some point or another.

It’s the go-to tool for anything to do with design – and especially with photography.

I used to use Adobe Fireworks every day since 2008, but alas, the project was retired.

My personal favorite is Canva – since it does EVERYTHING (and more) that a beginner/blogger would need for graphic design.

I also use Linux and run GIMP on my mac and Linux System 76 machine.

I’ve never been an SVG/Vector guy until recently; mostly because I am not a designer, but the tools I have used are Inkscape (which is free).

I’m a convert to using SVG images for fast-loading sites (although I don’t really use them on this site). However – you should be using SVG for your images for two reasons: 1: they load FAST, 2: they scale perfectly.

I’ve never really used AfterEffects – but these alternatives will likely be of interest to those interested in these types of software.

I confess: I have fallen guilty to NOT using these software prior to starting on a project, either for my clients or my own projects and it really hurts you. My point here is that using this software and planning the layout of your templates and site architecture will help you in big ways when it comes to developing your project.

Audacity is my favorite – I’ve used it for years…

The other tools listed below I believe offer more than Audacity in terms of sound filtering and other effects; and are more likely associated with actually creating music whilst Audacity of more for recording voice-audio.

I used to use Adobe InDesign for creating invoices and proposals, then I switched to Proposify, (the Proposal Software App) but I ended up just using Canva – and honestly, I’m very happy with the ease of using Canva.

However – my use-case is basic, you might need more sophisticated editing design software, and the below will likely help you out.

I’ve never used Animation Software, well, except for Sony Vegas Pro back in the day, and I guess Camstasia, but anyways – this list ought to help you out if you fancy a switch from Adobe AN/Animation.

This I know a thing about….

I’ve used them all! My current (last two years) favorite is Atom, purely just because I like the idea of it being created and maintained by GitHub (Microsoft).

Back in the day, the feature that I remember most fondly about Dreamweaver was its’ ability to give you the WYSIWYG option which was pretty revolutionary back then.

If you’re a serious PHP developer then most likely you should check out PHP Storm (mostly because it ships with an error-checking IDE).

Let me know if I should add anything else; as ever, it’s best to contact me on LinkedIn.

link to Use First Names In Your Subject Line

Using a user's name in a subject line is one of the easiest ways to increase your email open rates. This can usually be done through most email service providers using a function called a "merge...

Continue Reading
link to Make Your 404 Page A Landing Page

The chances are that there will be broken links on your site, or, someone linking to your site will point to an incorrect page or resource that all generate 404 errors. For those that don’t...